And whereas there is currently no functioning Queen’s College Alumni Association in the State of New York;

Now therefore, the Queen’s College Alumni Association of The State of New York is hereby formed and shall be governed by the constitution set out hereunder.

The name of the Association is QUEEN’S COLLEGE OF GUYANA ALUMNI ASSOCIATION, (NEW YORK) INC. hereinafter referred to as THE ASSOCIATION.

ARTICLE 2. PURPOSES OF THE ASSOCIATION

The purposes of the Association are:-
2.1 To help assure the stability of Queen’s College which contributes to academic excellence in Guyana.

2.2 To provide financial and other forms of material assistance to Queen’s College of Guyana.

2.3 To provide material assistance and counsel to Guyanese students in the United States.

2.4 To associate with any non-profit organization involved in assisting Guyanese in Guyana and elsewhere.

2.5 To formally associate with the Queen’s College Old Students Association or any Successor Organization.

To advance the above purposes, the Association shall engage solely and exclusively in charitable, educational, scientific and other such non-profit activities as will ensure that it qualifies, and continues to qualify, for tax-exempt treatment under the applicable laws of the United States of America.

The Association has the power to make and adopt By-Laws to effect the purposes outlined in Article 2 of this constitution including, but not limited to, the levying of membership dues, and establishing the duties, powers and responsibilities of the members.

The Executive Power of the Association shall be vested in an Executive Committee which shall consist of eleven (11) persons including:-

This Constitution may not be amended save by the affirmative vote of at least two-thirds of all members who are entitled to vote in accordance with the constitution.

ARTICLE 9. PRINCIPAL OFFICE OF THE ASSOCIATION

The Principal Office of the Association is:
9.1 MEETINGS:

9.1.a Regular meetings shall be held at such times and in such places as the Executive Committee shall decide, but must be held at least once every month.

9.1.b Notice of regular meetings must be written and shall be given to all members.

9.1.c No decision taken at a regular meeting for which notice was given in accordance with paragraph 9.1.b shall be invalidated because of a lack of quorum.

9.1.d A quorum shall be considered to be ten (10) members in good standing.

9.2.a An Annual General Meeting shall be held no more than fifteen (15) months after the previous general meeting provided that the meeting is held at least once in every calendar year.

9.2.b Written notice of the Annual General Meeting shall be given to all members at least five (5) days prior to the meeting and shall outline the proposed agenda.

9.2.c The previsions of paragraphs 9.1.b and 9.1.c with respect to lack of notice and lack of quorum shall apply to the Annual General Meeting also.

10.1.b The election may be by ballot or by show of hands as the Executive Committee shall decide.

10.1.f All decisions of the Executive Committee shall be by simple majority of those present and voting save as specifically required by the constitution.

10.1.g The President and the Secretary shall together execute any contract or deed required to be executed by, or on behalf of, the Association.

10.1.h All checks and drafts shall be signed by either the Treasurer or the Secretary, or their respective designates.

The By-Laws of The Association may be amended by a simple majority of all members present and voting at any meeting.

ARTICLE 12. DISSOLUTION OF THE ASSOCIATION

12.1 The Association may be dissolved by a two-thirds majority of members in good standing.

12.2 Upon dissolution of The Association, all the indebtedness shall be paid by the Executive Committee from the assets of the Association. Any remaining assets of The Association shall be distributed to another organization exempt under IRC 501(c)(3), or corresponding provisions of any subsequent Federal tax laws, or to the Federal government, or state or local government for a public purpose, subject to the approval of a Justice of the Supreme Court of the State of New York.

13.1 The Association shall be empowered to collect membership dues from all regular members.

13.2 Such membership dues as allowed under paragraph 13.1 shall be due on a monthly basis in the amount laid out in the By-Laws.

13.3 A member, who has paid the current dues, or is no more than one month in arrears, shall be deemed a member in good standing.

13.4 All members in good standing may vote on any issue where a vote is required either in person or by proxy duly authorized in writing, except as noted in paragraph 13.7.

13.5 All persons entitled under the constitution to be members of the Association shall become members either by paying dues or by notifying any member of the Executive Committee of their intention to become members.

13.6 All Members of The Association whether in good standing or not may vote at any meeting at which they are present (except as noted in paragraph 13.7).

13.7 All Members of The Association not in good standing or not alumni of Queen’s College shall be honorary members only and shall not be entitled to vote or to be elected to the Executive Committee.

13.8 Any person who is proposed by the Executive Committee, as noted in the By-Laws, and approved by a majority of members present and voting shall be deemed an honorary member of The Association.

BY-LAW 1.0. ADDRESS OF THE ASSOCIATION

3.1 The Executive Committee is responsible for the selection of a commercial bank for the purpose of conducting the Association’s financial business. The Association shall maintain at least a Checking and a Savings Account. The Committee may, at its discretion, also operate Investment Accounts and other Financial Instruments aimed at improving the financial position of the Association.

3.2 The Treasurer shall bear responsibility for all the financial affairs of the Association.

3.3 All the accounts of the Association shall bear three signatures:-

3.4 All checks and drafts pertaining to the Association’s business shall normally be signed by both the Treasurer and the Secretary or by their substitutes. The President or substitute may, in an emergency, also sign checks and drafts as a second signature. None of the signatories may sign a check or draft made out to himself/herself.

3.6 The Association’s bankers shall be:-

4.1 Membership dues shall be payable by all members in order to maintain membership in good standing.

4.2 Membership dues for all members shall be ten (10) dollars per month.

4.3 The Treasurer shall maintain a record of the standing of all members.

4.4 Any member who is in arrears shall immediately regain a status of good standing upon payment of the outstanding dues to the Treasurer.

4.5 The Executive Committee – either on its own or at the behest of members – may propose individuals for election to the Association as “Honorary Members” as provided for by Article 13.

4.6 The Executive Committee shall decide on the qualifications necessary for Honorary Membership status.

4.7 Any member wishing to propose a name to the Executive Committee for election to Honorary Membership, must do so in writing identifying the reasons behind the proposal.

4.8 Honorary Members shall have no obligation to pay regular membership dues and are excluded from voting as outlined in Article 13.

AMENDMENTS TO THE CONSTITUTION

AMENDMENTS TO THE BY-LAWS

By-Law 4.2 Membership dues for all members shall be $50.00 per year payable at any time during the Association Year and may be tax-deductible.

BY-LAW 1.0. ADDRESS OF THE ASSOCIATION

The mailing address and physical address of the organization is changed to: 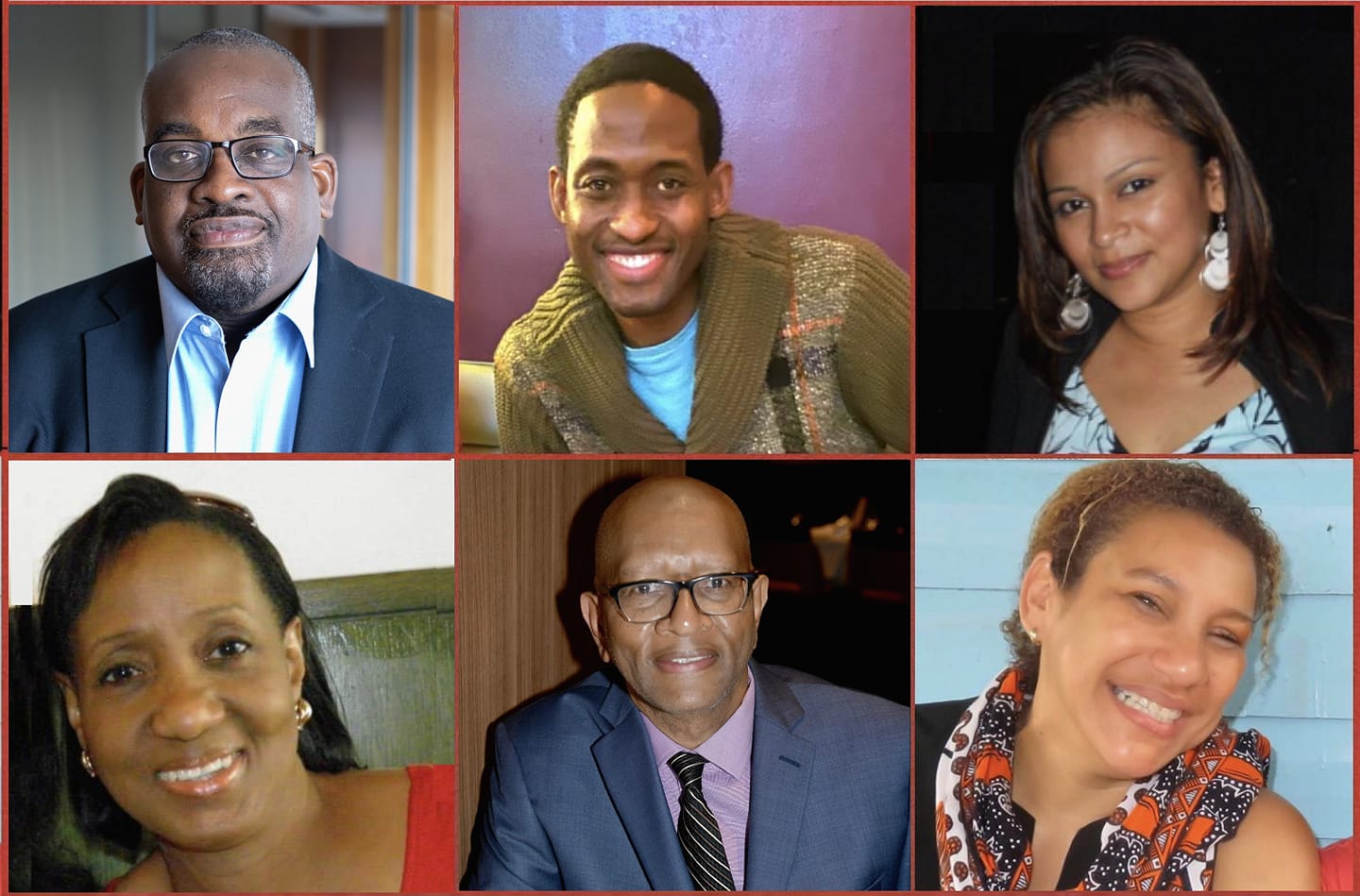